CrunchBase cuts pageviews in half by blocking bots.

CrunchBase is the leading platform to discover innovative companies and the people behind them. It delivers market insights to millions of users and businesses around the world. The CrunchBase Dataset is constantly expanding through contributions from its community of users, investment firms and network of global partners. CrunchBase accelerates innovation by bringing together data on companies and the people behind them.

After completing the buildout of their 2.0 site, CrunchBase noticed oddly shaped traffic, along with random spikes, all of which were putting a tremendous strain on their servers. Kurt Freytag, CrunchBase's head of product, investigated and quickly came to the conclusion that they were getting hit hard by bots crawling their site.

“We looked for what was causing the hurt on our servers and discovered that a relatively small number of entities were aggressively crawling our site in a structured pattern,” said Freytag.

“From an operations and scaling perspective, we're no longer affected by random, massive, ill-behaved crawlers.” 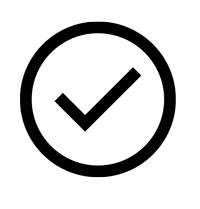 After choosing the bot-mitigation solution offered by Verizon

Cut pageviews in half without impacting users or

"We now have the ability to scale for our real user demand. And I'm confident that the data being shared is being used in the way it is intended to be."